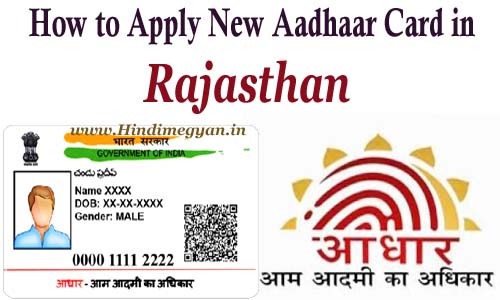 Aadhar Card Rajasthan: Various types of schemes are run by the government. So that the standard of living of the citizens can be improved. Many times the eligible citizens are also not able to get the benefit of the scheme due to a lack of information related to the scheme or due to any other reason. Keeping this in mind, Rajasthan Jan Aadhar Card Registration is done by the Government of Rajasthan. So that the database of every citizen of the state can be prepared and they can be provided the benefits of the schemes started for them. This Jan Aadhar card is also used as an important document to avail benefits of various types of schemes. Through this article, you will be provided complete information related to Rajasthan Jan Aadhaar Card Panjikaran. Jan aadhar card Rajasthan

Under this scheme prepared by the Government of Rajasthan, by preparing a database of all the information, each family in the state is to be provided with a number, a card, an identity, in this Jan Aadhaar Card, the identity and address of the family and members is recognized as a document. will go The people of Rajasthan will get the benefit of this mass base through government schemes, e-commerce and insurance facilities. So after enrolment, each family will be provided with a Jan Aadhar card with a 10-digit family identification number.

Under this Jan Aadhar card scheme, not only will there be a change in the colour of the card, but some important changes are also being made in the form of the scheme. So the benefits of the schemes are being given through the Bhamashah card, now Rajasthan Jan Aadhaar Card will be started with all these facilities. Whatever small and big schemes had been started by the previous government of Rajasthan, the present Chief Minister Ashok Gehlot’s government has made many new changes.

The objective of the Rajasthan Jan Aadhaar Scheme

The main objective of the Jan Aadhaar Card is to provide benefits of 56 government schemes to the people of Rajasthan through this new card and also to take advantage of many services. So through this card, the bio-data of all the people will be easily available. The Rajasthan government is considering using this card instead of the newly created ration card, by doing this the cost of making a ration card will be saved and this card will do all the work.

Through this Janadhar card, the people of Rajasthan will get a lot of benefits, which we have given below, read their list in detail.

How to register online for Rajasthan Jan Aadhaar Card?

How many times we can change the name in aadhar?

“Update your demographic details like Name (Only Minor Changes allowed, Twice), Gender (Once), DoB (Once), and Address (No limit) online through #mAadhaarApp. Charges: Rs 50 per request, more than one detail can be updated at once,” an official UIDAI tweet has said.

Can I have two Aadhaar cards?

One person can not have two aadhar cards. You can definitely update it or make any necessary corrections to it. So you can change or update your address, or mobile number or make any other correction which you want.

Can two aadhar have the same mobile number?

Yes, one mobile number can be linked with multiple Aadhaar cards.

What is the technical reason for Aadhar’s rejection?

There are times when an Aadhaar Card is not delivered even after the stipulated time of three months through the post. So there could be multiple reasons why the Aadhaar Card doesn’t get delivered such as technical errors, improper verification, incorrect information, loss of encryption, and many more

Is a photo required for Aadhar update?

As per the rules of the Unique Identification Authority of India (UIDAI), it is mandatory to provide your photograph while applying for Aadhaar Card. Rajasthan Jan aadhar card 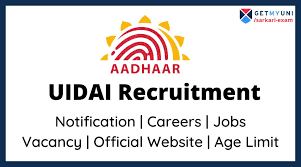