Ration Card Aadhar Link: The States government in India issues the Ration card which is an authorized document to every household that is entitled to buy subsidized food grain from the PDS System- Public Distribution System under the National Food Security Act. It also serves as a common way of identification for several Indians. Linking Aadhaar with Ration Card enables you to avail subsidized LPG that the government offers. Since ration cards have been one of the oldest proof of residence in the country, it is important to link them with Aadhaar so that the benefits received by the holder can be streamlined and the cases of fraud can be prevented.

What Is a Ration Card?

A ration card is an official document that is issued by the respective state governments. With the help of this card, qualifying households can buy food grains at subsidized rates according to the National Food Security Act (NFSA), 2013.

Previously, based on the state governments’ identification, qualifying households could buy food grains at subsidised rates via the Targeted Public Distribution System (TPDS).

In 2013, the National Food and Security Act (NFSA) was passed to provide a certain quantity and quality of food to people at affordable prices. Currently, the state governments that have implemented the NFSA issue two types of ration cards to the qualifying families in their respective states.

Benefits and Uses of a Ration Card

How to Link an Aadhaar Card with Ration Card Offline?

How to Link an Aadhaar Card with a Ration Card Online?

Many states provide an option to link Aadhaar Card with Ration Card online and the steps are as follows:

Ration Card is an important official document that entitles its user to avail of food grains and fuel offered by the government at a subsidized rate. The card was launched about five decades ago and it has still not lost its prominence in India. Apart from offering necessary food grains at lower rates, it allows the poor to have proof of identity in the country and establish a connection to the government database. It is of three types- Antyodaya, BPL (Below Poverty Line) and APL (Above Poverty Line). Eligibility depends on the economic status of the family.

Given below is the list of documents needed for the Ration Card Aadhaar Link:

Following are the benefits of the Ration Card Aadhaar Link:

How can I change my mobile number on a ration card?

To change your mobile number on a ration card you must follow the steps mentioned below:

How can I check my Aadhaar card linked with a ration card?

How can I link my bank account with a ration card?

You have to visit the nearest bank branch to link your bank account with a ration card.

How can I download my ration card with an Aadhaar card?

As of now, there’s no such procedure to download your ration card with an Aadhaar Card.

Is it mandatory to link the Aadhaar card with the ration card?

Yes, as per the government notification it is mandatory to link your Aadhaar card with a ration card.

What is e KYC in ration card?

With the government stipulating that ration beneficiaries should complete the electronic Know Your Customer (e-KYC) by August 30, there has been a rush at Aadhaar enrolment centres in the state. Earlier, the e-KYC of either the head of the family or the spouse was enough.

How long does it take to link Aadhaar to the ration card?

In order to continue getting food grains under the Public Distribution System (PDS), it is mandatory to link your Aadhaar card with a ration card before September 30. If your ration card is not yet linked to your Aadhaar card then do it as only two days are left. Both the documents can be linked online as well as offline

Update Mobile Number in Aadhar Card, How to Update through Online/Offline, With & Without OTP 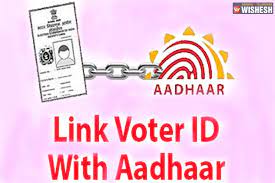 Address Change in Aadhar Card, Change in Mobile No, Name, Date of Birth